I occasionally spend time at a writing retreat called The Porches. After “quiet writing time” ends at 5:30, during which I stare out the window, drink coffee, sleep, and sometimes write something, I pour a glass of red wine (’cause that’s a hard day’s work) and play the old, out-of-tune piano in the parlor. Other writers sometimes sit and listen, which is fun for me and it breaks the ice.

Last year a woman made a comment I’ve heard many times when I play: “I wish I could play piano!” I hear that. I wish I could draw or speak Welsh. There’s always something to learn.
But when I ask, “Have you ever considered taking lessons?” The response is usually, “Oh it’s too late now.” Which is bullshit, because I’ve taught adults, and adults are my favorite people to teach. (Seriously. Screw kids and their ADD and germs.)
And I say “No it’s not,” because truth. And here’s the usual, entrenched-thinking reply:
“Its-easy-when-you’re-a-kid-you’re-mind-is-still-forming-it’s-too-hard-now.”
This not only makes me sad, it makes me angry. Why deprive yourself of a new experience that you truly desire? There are a lot of reasons not to study piano, but “my brain won’t learn it anymore” is not one of them. That sounds like laziness to me. Hey, I’m all for laziness, don’t get me wrong. Just be honest about it. 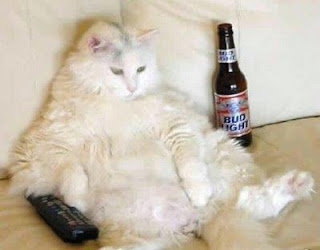 The Boston Globe reported that a recent study–a big, big study–has been completed by MIT and Mass General that says many learning skills actually peak later in life, some even later than they used to:

Perhaps most encouraging: Vocabulary skills may not decline until well into our 60s. But researchers discovered something that intrigued them even more. Their data showed that vocabulary skills are peaking later in life now than they did decades ago.

Aging does not make you stupid.
Okay, here’s why you’re reading this: QUIZZES!

Researchers’ websites gameswithwords.org and testmybrain.org feature free tests that can be done in less than 25 minutes. Over the past several years, the websites have accumulated data from nearly 3 million people, according to the researchers.

Under 25 minutes cracks me up. Don’t they know we’re accustomed to discovering what high-end GOOP product we are in under two minutes?