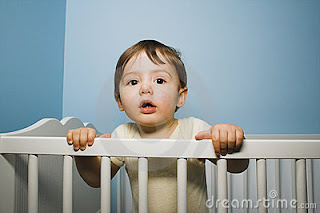 In Part 1, I wrote about the first example of Susan Richard's Shreve's craft technique of making transparent her process of grappling with memory. In her memoir Warm Springs, she employs the metaphor of being examined by doctors to find "traces" of muscle movement in her legs, which have been decimated by polio. Each muscle requires her complete concentration, patience, and focus; recovering her memories, she says, requires the same effort, even if it is only to find "traces" of them.

The second example is a stunning, one-page chapter titled "Memory in Process" in which Shreve recalls her first memory. She is one and half years old and recovering from polio. Her mother walks in and approaches her crib:

My mother is walking toward me in her long nightgown and it’s winter. Behind her a man, taller than she is and very broad, is following her.

“Who’s that man behind you, Mommy?” I ask as she comes into my room.

That’s the full measure of the image in my head. My mother supplied the words.

Her mother turns around, but no one is there. This striking imagery is full of detail: the season, her mother’s nightgown, the size and shape of the man. This is what exists “in my head,” Shreve writes, an acknowledgement of the possible inaccuracy of her memory. Not only are the details suspect in an event that occurred at such a young age, but, as her parents told her, there was no man in the room. We can only assume that, in her weak state of health, she hallucinated the man, or perhaps mistook a shadow for the shape of him.

This is what is so brilliant about Shreve’s construction here: by encouraging the reader to ask these questions about this particular memory, we are asking questions about memory in general. What did she see? Why did she see and why does she still remember someone who was not there? Why is this her first memory, and such a strong one at that?

While encouraging these questions, Shreve makes clear in the chapter’s last sentence how she will trust her own memory regardless of possible inaccuracy: “My father insisted that the man was in my imagination, but I remember seeing him, and he was a stranger." The tense shift is crucial: “my father insisted” but “I remember.” By placing her memory in the present tense, she is stating that she is sticking by her version of events, even as she concedes that others may have different, even contradictory, memories of the same events. She is, in fact, claiming the right to tell her story.