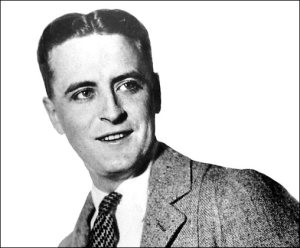 The Strand has just published a short story by F. Scott Fitzgerald titled "Temperature." Until recently, Fitzgerald's story about Emmet Monsen, a good-looking Hollywood actor whose health, career, and personal life are in decline, lay undiscovered in the Fitzgerald archives at Princeton University. Andrew Gulli, editor of The Strand who scours archives for lost short stories by famous authors, hit the jackpot. Gulli describes the story for The Seattle Times:


“Fitzgerald … couldn’t help using his satirical abilities to mock everyone from doctors, Hollywood idols and the norms of society... When we think of Fitzgerald we tend to think of tragic novels he wrote such as Gatsby and Tender is the Night, but ‘Temperature’ shows that he was equally adept and highly skilled as a short story writer who was able to pen tales of high comedy."

Last year Gulli found a short story by John Steinbeck at the University of Texas in Austin called "With Your Wings," which he also published in The Strand. Orson Welles had read the story for a 1944 broadcast, and Gulli discovered a transcript. NPR describes it as "a wartime story that dwells on the challenges of a black American pilot's return home." In an email to NPR, Gulli writes:


"Steinbeck was an idealist. He saw America as this wonderful land with so much to offer but on the flip side, he could see inequality, he could see greed and excess destroying the working classes... This story strikes me as an effort to show middle America that African-Americans were carrying on a huge burden in defending the United States and the allies during the war."

I'm struck by how relevant these stories still are in the 21st century, where the personal and professional struggles of celebrities are played out in the media and where racism remains one of our most urgent and volatile social issues.* Steinbeck and Fitzgerald weren't ahead of their time per se--they were writing about what they witnessed and experienced themselves--but I can imagine them returning to earth, finding they could write about the same things now, and still find a willing, hungry audience.

*This link goes to a Cracked article, which is obviously a little tongue-in-cheek, but to good effect here.
at August 04, 2015