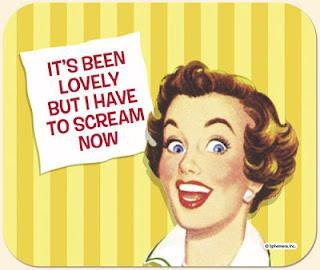 Alanah Pearce, popular video game reviewer, has received ugly rape threats in her comments because--wait for it--she's female. The comments were so disturbing that she wouldn't even repeat them on HuffPost Live, where you can say pretty much anything.

Because she's really smart and these anonymous-posting cowards aren't, she easily tracked them to their Facebook profiles. What she discovered is most of them were just idiot boys posting idiot comments because, I don't know, they're idiots? No self-esteem? Weird-ass peer pressure? They think it's cool? They're sociopaths? Some girl dumped them and this is their twisted revenge? It makes them feel like a big man?

Really, this behavior is so cruel and so messed up that I have a hard time understanding it.

Fortunately for them, Pearce is not only smart, she's determined and compassionate. She decided to contact their mothers. Yes. Because these idiots friended their mothers on their profiles, tagged them in pictures, etc. It's almost as if they're normal boys.

We have this belief that the younger the generation is, the more tech-savvy it is. That's obviously bullshit.

Pearce told the mothers who she was, asked if they would consider talking to their sons, and sent a screenshot of their boy's comment. It's just plain brilliant.

Here's one example from the screenshot on the HuffPost video:

Hero Pearce:
[I received] a concerning message from your son on Facebook today and I wondered if you might be interested in discussing [it] with him

Screenshot of threat:
i'll rape u if i ever see u cunt

IM SO SORRY
YES I WILL TALK TO HIM!!!

Of course I now love Pearce, and that mother, whoever you are. Check out Pearce's portfolio. And watch the video on Huffington Post. They say all the bad words.
at July 27, 2015